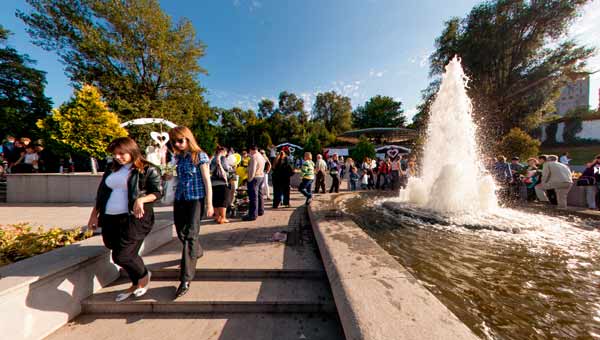 8 and 9 September beloved city Dnepropetrovsk, celebrating his next birthday. These days a large number of events in different parts of the city was planned.

On the European Square IV Final held Ukrainian festival of style and beauty ‘Dnepropetrovsk and fashion “, as well as the performance of the singer Dmitry Cadenet.

The whole celebration was held under the direction of top officials of the city.

Fireworks – the culmination of the festival, run directly from the Dnieper River, with barges. And as always, on the waterfront on both sides of the river, there were a large number of people. Salute lasted 11 minutes and was beautiful as always.