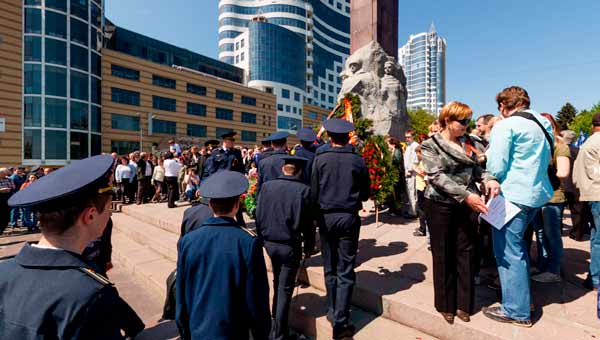 May 9, 2011 in Dnepropetrovsk hosted a celebratory parade.

Chairman of the Dnipropetrovsk regional council of veterans, deputy Stanislav Shevchenko Regional Council reported that on 9 May in Dnepropetrovsk hosted a holiday parade.

The law clearly states that on May 9 – is a public holiday. And it was celebrated throughout Ukraine. In Dnepropetrovsk, laying flowers at the monument of Fame on May 9, 2011 at 10.00. On the same day at 9.00 am Chairman of the Dnipropetrovsk Regional State Administration Oleksandr Vilkul visited disabled hospital. At 12.00 began the parade on Lenin Square. The activities were held in the regions, towns and villages of the region. Gone are also events for the 70th anniversary of the outbreak of war.