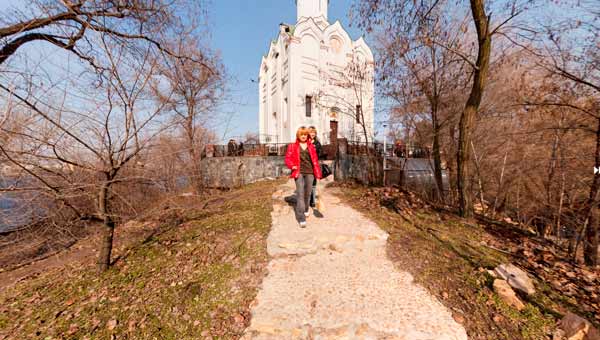 On the island is Dnepropetrovsk zoo and aquarium freshwater fish and terrarium. Also on the right bank side of the island there are several boat bases and sites for boats. On the south side of the island is almost completely covered with sand, and is a place for a beach holiday. Some islands sprinkled on artificially.

In 1958, the island is a monument to Taras Shevchenko – one of the largest in Ukraine. There is also a Memorial Cross Byzantine monks vodruzhёnny in 1994.

In 1999, in the northern part of the island built Orthodox church of St. Nikolay.