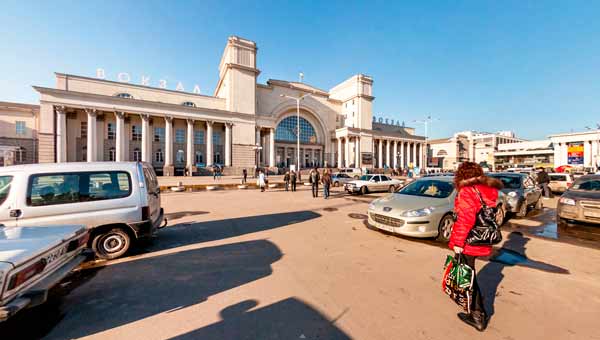 The main railway station in the city Dnieper Ukraine. Located in the heart of the city on the right bank of the Dnieper River.

“Vokzalnaya” metro station next to the station.

The railway station Dnipropetrovsk-chief belongs to the Dnieper railway passes more than 70 passenger trains per day.

During the war, the old station building was demolished and in its place by the architect AN Dushkin in 1951 erected the building of the new station.