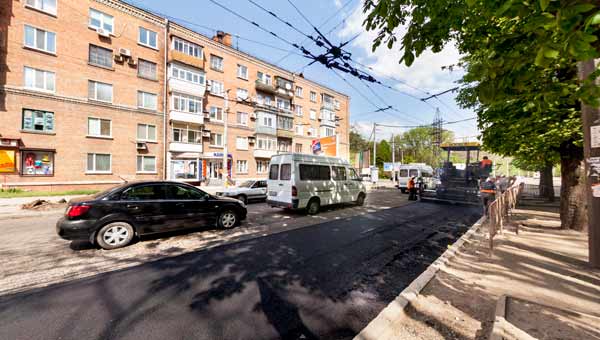 The first street name – Park. Different sources name and street, and Prospect. After the flight, the second astronaut – German Titov – in 1961 the street received its present name.

The street is of great importance in the city structure, but is only a few blocks away. It closed a number of roads running perpendicular Dnieper – avenue of Bohdan Khmelnytsky (former Heroes of Stalingrad) and Alexandra Paul Avenue (formerly Kirov.). Titova Street – a part of the broken, but the single line – the streets of Krivoy Rog – Titov – Star Boulevard – Zaporozhye highway.

Titova Street was built in the second half of the 1950s, when it was declared a “struggle with architectural extravagances.” However, many of the buildings have preserved features of the style “Stalin’s empire”. For example, the school building number 89 has a massive portico over the entrance and decorative composition on top of the building with the formation of a symbol – an open book and the date of construction of the building “1955”.

The most conspicuous object in the Titova Street – cinema “Sputnik”. It was built by “special order” UMZ and opened August 15, 1963 was originally designed for 820 seats, it is – the biggest cinema of the Dnieper. The facade facing the street Titova, decorated with mosaic panels on the space theme. It was reopened after renovation in 2004