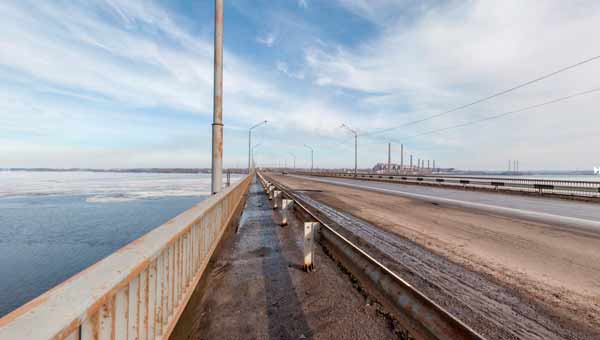 Opened in December 2000. It is part of the eastern arc of a bypass road around the city of the Dnieper, which is under construction.

The main task of the bridge is unloaded town the other three bridges and connecting the southern and south-eastern parts of the city with w / m Pridneprovsk (previously reached in Dnieper could only be through the Ust-Samara bridge, the north-eastern outskirts of the city).